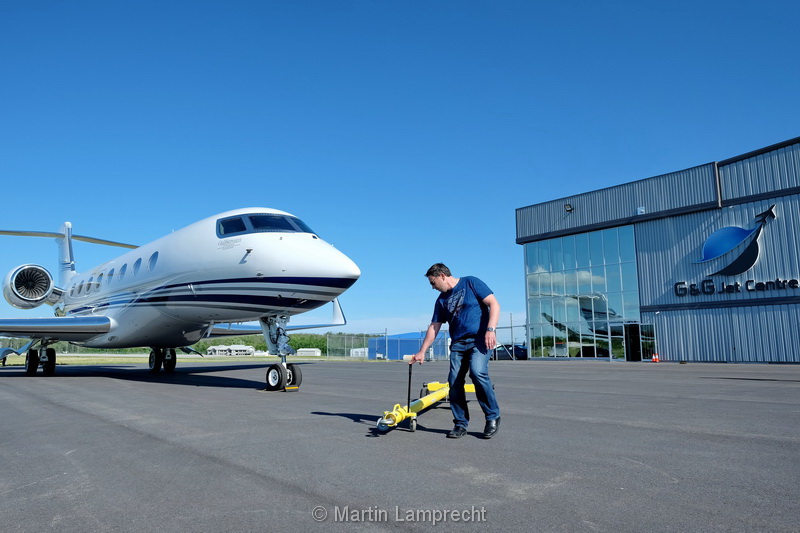 In conjunction with the launch event, the SOAN released a statement of intent titled, “Flying Together: The Southern Ontario Airport Network.” The paper emphasizes that planning for growth in a responsible way is essential; without it, the region could potentially leave $15 billion in GDP on the table and force more than 20 million passengers to look elsewhere for their air travel needs.

The members of the SOAN recognize that the region has the potential, given its many air transportation assets, to meet the growing demand for air travel. Through responsible planning, the SOAN will ensure that the region is well placed to keep the jobs and economic benefits of air service demand in Southern Ontario.

The full statement of intent is available online: www.SOAiportNetwork.com

“Our forecast tells us that by 2043 aviation demand will be around 110 million passengers. When we look at what the current capacity amongst airports in the region, we would be leaving 20 million passengers ‘on the table’ if we don’t take action now. Thankfully, we have a network of great airports, who have come together to start brainstorming ways to capitalize on this incredible opportunity.

We know that the efficient movement of people and goods to and from our region is an important part of Canada’s broader supply chain, and that we have a role in enabling economic prosperity through our actions and investments. As we look to the future of this growing region, we know that each of our airports can play a greater role in supporting our local and regional economies.” -Howard Eng, President and Chief Executive Officer of the Greater Toronto Airports Authority.

“Billy Bishop Airport has experienced incredible growth over the last 10 years and made significant investments in infrastructure and services to ensure the airport can continue to serve as an important gateway to/from eastern Canada and the U.S. and a valuable asset for the City of Toronto. The paper released today indicates that there is great opportunity associated with an airport network for Southern Ontario that can address growth in the region and future demand for aviation through collaboration. For its part, Billy Bishop Airport is exceptionally well positioned to continue to play its part as it already specializes in regional travel and has a managed growth strategy in place to ensure it can support Pearson and the future travel needs of Ontarians while focused on other airport services such as medevac and personal aviation while remaining in balance with the community in which it is located.” Gene Cabral, Billy Bishop Toronto City Airport

“Kingston Airport’s vision is to provide effective air services for the region and the community’s businesses, institutions and residents by providing them with the air services they require and to foster the continued growth of our general aviation partners. In working closely with the GTAA within the network of regional airports, we expect that the SOAN initiative will create opportunities that could in turn generate new economic activity at our airport and in our community and region.” – David Snow, Kingston/Norman Rogers Airport

“The creation of the Southern Ontario Airport Network is an important step in the evolution of airports in our region. London International Airport fully supports this initiative and believes it will allow Pearson Airport to fulfill its destiny as Canada’s mega hub airport while better utilizing the infrastructure of airports like London. Meeting the passenger demands of our market and improving their airport experience are at the route of this initiative. The creation of the Southern Ontario Airport Network will achieve this outcome.” – Michael Seabrook, London International Airport

“Situated in one of the tourism capitals of the world, Niagara District Airport contributes to the economic prosperity of the Niagara Region by providing air connectivity for business and leisure travellers. Recent expansion activities include more daily flights to Toronto Island Airport, and hangar development for both commercial and private planes. The Niagara District Airport is proud to join forces with our partners in the Southern Ontario Airport Network. Together, we will meet the flight service demands of our bustling region!” – Len O’Connor, Niagara District Airport

“Working with the Southern Ontario Airport Network allows Peterborough Airport to identify opportunities for air service and land development projects and share best practices with the other 10 airports in the Network. This initiative will help Peterborough Airport achieve its objective which is to grow the number of aerospace companies as well as general & corporate aviation tenants located at the airport. In addition, Peterborough Airport hopes to develop inbound and outbound destinations with commuter air carriers.” – Trent Gervais, General Manager, Peterborough Airport

“The projected shortfall in airport capacity in Southern Ontario played a major part in the Region of Waterloo International Airport’s recently released 20 year Master Plan and is tied directly to the unprecedented growth in projected air travel demand. Being part of the Southern Ontario Airports Network gives YKF an advantage and a voice in better understanding upcoming opportunities and planning for infrastructure investment for our community.” – Chris Wood, Region of Waterloo International Airport General Manager

“6.5 million people live within a 90-minute drive radius of Windsor International Airport (YQG). Only 15 minutes from downtown Detroit, YQG is ideally positioned geographically as a key network entry point for U.S. citizens travelling to Canada or internationally. A Pearson-mega hub will facilitate YQG attracting even more U.S. customers, and those additional YQG-sourced passengers can in turn help Pearson reach and maintain mega-hub status. The network of Southern-Ontario airports is the key to making it all happen.” – Jim McCormack, Windsor International Airport
-30-